The Community Media Association's Response to Radiocentre's Report: Small-Scale Radio in the UK

The story of community radio in the United Kingdom is one of success. From the humble origins of fifteen Access radio stations in the early 2000s, there are now over 270 licensed community radio stations across the whole of the UK. These stations serve many diverse communities: rural and urban, faith-based and language-based, old and young, creative and project-led.

Community radio has one consistent theme - empowerment. Community radio is one of the few opportunities for volunteers from ordinary backgrounds, without professional experience, to take part in and access their local media service.

Community radio’s first priority is to promote social gain which all community radio stations are required to deliver as a condition of their licence. Community radio gives volunteers the opportunity to take part in radio programme making, discuss topics of local civic concern, tell their stories and report on issues that matter to them and the people they live with in their neighbourhoods.

“Every day around the UK, community radio studios are opening their doors to all kinds of users, offering a welcoming space where people can speak in their own languages, bring their babies and dogs along, get support for mental health problems, and broadcast deep meaningful discussions about the things that affect their lives. This tiring, complex work is undervalued, underpaid and immensely fulfilling.

“In a changing world of media, where listeners can access the music they love via online platforms, communities are taking radio down a path little explored in previous generations, but absolutely in tune with current concerns about loneliness, media ownership, misinformation and the importance of vibrant and sustainable local economies.”

Yesterday Radiocentre published its report ‘Small-scale Radio in The UK - How Local Commercial and Community Radio Can Co-exist’ [1]. This report offered an unusual perspective on the way that community radio in the United Kingdom is perceived to operate that few people in the community radio sector would recognise.

The Community Media Association (CMA) welcomes any opportunity to work with commercial organisations, public service media providers, and all levels of Government, that have an interest in civic engagement, social value investment, and democratic participation in the life of our communities.

The CMA’s mission is to promote learning and understanding about the ethos of community media. This is defined in our Charter as the civic right of access to media platforms, self-defined media practices, and social programming for the public good. Licensed community radio groups across the United Kingdom are largely made up of volunteers, who devote their time and energy to providing a public service that is not for profit, and which serves a specific social need in each neighbourhood in which Ofcom has licensed them.

Funding for community radio stations, however, largely comes from grant funding for social-impact project work, participation-based training, volunteers’ contributions and in-kind services that are exchanged between partners and collaborators.

Most community radio stations are limited by law to earn up to 50% of their income through on-air commercial activity. A smaller number of stations are limited to earning a maximum of £15,000 in advertising and sponsorship where they might overlap with small, independently run commercial stations, and many do not carry advertising at all because they choose to rigorously pursue a non-commercial model of community broadcasting.

The CMA recognises that there are many different ways of delivering community radio services; similarly, there are many different issues affecting all forms of radio in the UK, and at all levels - both national and local. For example, Ofcom recently announced that it will be relaxing the localness guidelines for commercial radio stations [2]. This will reduce the number of hours that programmes have to be originated from a local station if they are part of a network.

Commercial radio stations are also able to access the BBC Local News Partnership (LNP), which provides £8m per year funding from the television licence fee, for local civic news [3]. This platform is open to commercial radio stations, as well as newspapers and local television. The LNP is supported by a network of 150 Local Democracy News Reporters that provide content that can be used for local news reporting.

The Government also announced on the 19th October that it will be funding the commission and broadcast of public service programme production with the Audio Content Fund [4]. With over £3m available during a three-year pilot phase for commercial radio stations to support their public service programming, the Audio Content Fund will be administered by Radiocentre and AudioUK.

The Community Radio Fund, administered by Ofcom, is the only dedicated fund available to community radio stations, was set at £400,000 by the Department for Digital Media, Culture and Sport (DCMS) for the financial year 2018/19 [5]. The level of the Community Radio Fund is not index-linked to inflation and has not been increased in line with the number of community radio stations which means that now 270 stations are accessing a total funding pot of £400,000 the size of which has been static for a number of years.

The CMA recognises, however, that the challenge of producing media content in a climate of advanced technological change is problematic for many socially-focussed organisations and businesses alike. As online social media technologies are radically transforming our shopping habits and our high streets, they are also changing our media habits and the many ways that we access information and media content.

Ofcom reports that changes in expectations of personal choice, in the way that media can now be accessed via the Internet, make it more challenging for all business-led or community-led organisations to maintain regulated and familiar models of economic investment.

Ofcom also notes that the Internet has created fragmented and uneven opportunities for people to consume media [6]. The importance that is placed on expanding digital access to our public services using these changing technologies, applies equally to traditional forms of media as it does to new forms of digital interactive media technology.

The CMA welcomes, therefore, any discussion with all parties to address the challenges of a changing media landscape. This discussion, however, must be based on trust and mutual respect and has to be founded on evidence that fairly and accurately represents the challenges faced by voluntary, civic and not-for-profit community media groups, as well as those faced by commercial and public service organisations.

The CMA regularly seeks to encompass a wide range of views and interests in relation to community radio and community media, not just those with the deepest pockets, the loudest voices or a sense of entitlement about their seat at the table.

The CMA will continue, therefore, to champion the right for all members of our communities, in all parts of the country, to be able to access local platforms of self-representation and media participation, in ways that are affordable, sustainable, inclusive and serve the public good.

The Community Media Association (CMA) champions access to community radio and local television for all to change lives, build diverse participation in social dialogue and give even the smallest communities a voice.

A non-profit membership organisation formed in 1983, the CMA leads advocacy for and governance of the UK’s movement of community broadcasters, which grew rapidly following a successful CMA campaign to establish community radio FM licences in 2004.

Many years ago i sat at a dinner table with commercial broadcasters and asked “do they consider community radio a threat”…reply from all sitting big and small station owners (Glasgow etc) were no …actually we feel the next new talent will come from community sector as we have the time and space to train and give them grounding. moving to current times… the few who complained (Asian etc)… do so because CR stations are doing a better job than those small commercial broadcasters. Its not the fault of CR stations is they are successful.
Social Gain and Key Committments evolve over time and im sure there are a few stations who may fall foul… However as a sector we are under funded. Some stations cant always stay on top of what was promised. Its easy for a small commercial station to play song after song …where they complain is because they need paid staff and pay site locaitons, dab etc Small doesnt mean small for these people who have a big foot print. CR success is down to hard work and better programming. With limited resources CR stations are struggling but still being very successful.
CMA needs to put forth the above argument on behal fof its members and sector.

Sorry for going a bit academic with this, but I’ve stumbled accross and excellent online-book chapter from Kate Coyer and Arne Hintz - ‘Developing the “Third sector”: Community Media Policies in Europe’, in the edited book Media Freedom and Pluralism by Beata Klimkiewicz.

It’s well worth a read. It shows that none of the problems that we face here in the UK are unique, and that our policy challenges are also being faced in many of the same ways in other countries. This statement resonates and perhaps helps to put into context some of our present concerns and tensions.

Resistance to small-scale neighborhood radio stations betrays more than just technological considerations related to allocation of frequency or financial resources. rather, it speaks to concerns over the decentralization of national media systems; market-driven priorities taking precedence over community needs; a focus on privatization and economic liberalization at the expense of not-for-profit sectors; and the inherent difficulties of developing truly independent and meaningful public service broadcasting.

Likewise, this statement might be relevent to how we understand the context of our experience promoting community media:

As citizen initiatives without large-scale institutional support, they face serious challenges with regards to financial sustainability, access to communication infrastructure (such as spectrum allocation, positioning in the transition to digital broadcasting), and national legal frameworks. Community media are often not recognized as distinct media. More qualitative and quantitative research is needed to assess the impact of community media, including evaluation criteria and the development of research methodologies, and comparative policy studies that explore community media’s access to, for example, the radio spectrum and other infrastructural resources.

In doubling-up on our ability to influence the civic engagement policy development process, by underpinning evidence we produce of the social value of community media, we also need to maintain and strengthen our links with our international partners. Which is, of course, futher complicated by the wave of technogical change we’ve seen in the last decade, the challenges of austerity and Brexit, and the process of globalisation, claimate change, sustainable social development, and the changes to our experience of the local and the global.

It’s reassuring to know, in part though and for me at least, that we are part of a wider movement for media democracy, and that the challenges that we are facing are widespread and ongoing. If we only focus on our immediate differences, we can often miss the bigger picture, and the wider context that these instances are set against.

Trevor Dann will be interviewing David Lloyd, the author of the Radiocentre report about small-scale radio, next week for the Radio Today podcast.

Trevor asks “Any questions you’d like me to put to him? I’ll credit you”

This is the updated version of the CMA response:

The Radio Today podcast is online, with Trevor Dann talkign with David Lloyd 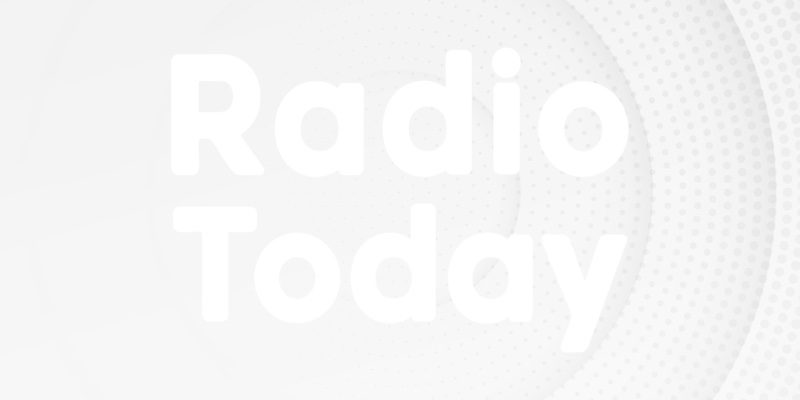 This is a super document - some brilliant photos in here.
Well done all those involved in producing it!