Americana-UK is one of the most influential websites for Americana, alt.country, roots, bluegrass and singer/songwriters in the UK. Their annual “readers awards” are a barometer for this genre of music, highlighting what the listening public think are the best bands, albums and gigs.

This year, in their words, there has been "an earthquake in the Best Radio Show category”.

With any poll that relies on listener/reader votes, the “big boys” are always going to have an advantage. This is even more the case in the American world, where Radio 2’s legendary “Whispering Bob” Harris has held the award for many years.

This year, Whispering Bob has been pushed into second place, and the winner is Mike Ritchie’s Sunday show on Celtic Music Radio. 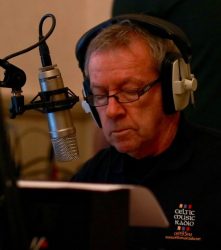 The votes have been counted! Here are the AUK readers poll 2017 results

So here we are again as Peter Cetera sang to Cher back in 1989 – another year over, another end of year AUK poll and YOU have been hoovering up americana like nobody’s business, but wit…